A plant-based diet is increasingly becoming recognized as a healthier alternative to a diet laden with meat. In recent years veganism has become one of the most popular diets, endorsed by many celebrities and members of the medical community. Going vegan has many benefits for us and our environment. 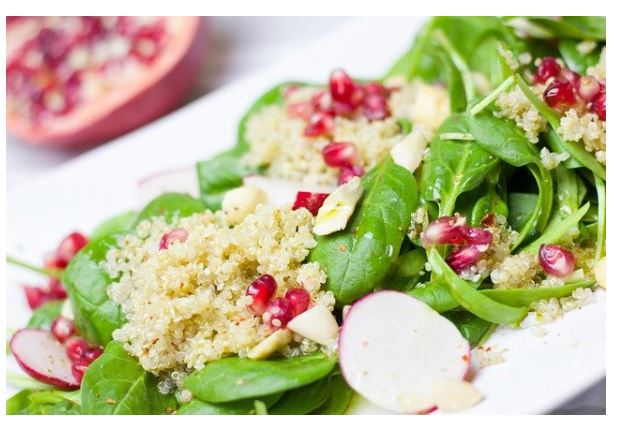 Scientists have been talking for years about the effects of greenhouse gas emissions on our atmosphere and planet. Now, more than ever, the need to find solutions for these problems has become urgent.

One of the ways in which we can help is by switching to a plant based diet. A study conducted by Oxford Martin School concluded that by switching to diets that rely on on vegetables rather than meat, up to 8 million lives could be saved by 2050, and greenhouse gas emission could be reduced by two thirds.(1)

To assess the health and environmental impacts of imbalanced diets, researchers modelled four different dietary scenarios for the year 2050. These included a scenario based on the way we eat today; another scenario based on global dietary guidelines which include minimum amounts of fruit and vegetables and limits the amount of red meat, sugar and calories; and a vegan and vegetarian scenario conforming to dietary guidelines.

A vegan diet doesn’t only benefit individuals, it also benefits the planet. The study projects that by 2050, following vegan diet guidelines could reduce food related greenhouse gas emissions by 70%.(3)

Bottom Line: A vegan diet helps you live longer and benefits the planet too.

Many athletes, from tennis players to body builders are now following a vegan diet to improve their performance. Amongst them is Barnabas du Plessis, world-renowned body builder and former Mr Universe, who insists that his vegan diet has given him more energy, fewer aches and better health.(4)

In her book, “The Complete Idiot's Guide to Plant-Based Nutrition”, Julieanna Hever notes that athletes following a plant based diet recover faster and are able to maximise their training to improve their performance.(5)

These results are borne out by research conducted in amongst Sri Lankan athletes. The study concluded that male and female vegetarian young adults appeared to have higher levels of physical fitness than that of non-vegetarians when assessing endurance and musculoskeletal flexibility.(6)

3.A Vegan Diet Can Protect Against Osteoporosis

Osteoporosis, a condition in which bones become fragile and brittle, affects a significant percentage of the population over age 50. Worldwide, osteoporosis is estimated to affect 75 million people in Europe, USA and Japan, causing more than 8.9 million fractures annually.(7)

Many people believe that increasing their intake of dairy products will boost calcium and increase bone strength, but that is not correct. In fact, osteoporosis appears to be more prevalent in developed countries where dairy products are easily available.(8)

Animal protein causes calcium to be leached from bones. This is because animal proteins contain amino acids which are high in sulfur. The body converts these amino acids into sulfate, which acidifies the blood, and in the process of neutralising this acid, bone gets dissolved into the bloodstream.

Since meat and eggs contain two to five times more of these amino acids than plant based foods, their effect on bone density can be quite significant.(9) Instead of increasing one strength, animal proteins can actually cause an increase in fracture rates.

According to a 1994 report in the American Journal of Clinical Nutrition, when animal proteins were eliminated from the diet, calcium losses were cut in half.(10)

One of the arguments people make is that vegans can’t get enough calcium in their diets if they don’t eat dairy products, but this is not true. The calcium absorption from milk is about 32 percent. For vegetables such as kale, brussel sprouts, mustard greens and turnip greens, that figure is between 40-64 percent.(11)

Replacing animal products with plant foods reduces the amount of calcium lost, which may explain why people who live in countries with more plant based diets have lower rates of osteoporosis, even when their calcium intake is lower than dairy-consuming countries.(12)

A vegan diet therefore provides an easy way to maintain bone health, because it allows for easy absorption of calcium in low fat foods that are good for the body. Complementing a vegan diet with weight-bearing and muscle-strengthening exercises such as trampoline workouts will produce the best results.

Bottom Line: Vegan diets improve bone strength and lead to a reduction in the risk of osteoporosis.

Obesity is a growing problem and worldwide obesity numbers have doubled since 1980.(13)

Low-fat and vegetarian diets have already been proven effective in weight loss. However, a two year study which compared a low fat vegan weight loss plan with one that followed the National Education Control Program (NECP) resulted in a significantly greater weight loss for the vegan group.(14) This was true both at one year and two years.

In 2016, The UK Cancer Society released figures showing a 45 per cent rise in the number of cases of cancer caused by excess weight in the past two decades.(18)

Since obesity is now a growing worldwide problem, the same is the case in many other countries.

Similarly, a European study that examined 500,000 men and women in 10 different countries, concluded that for vegetarians the incidence of all cancers combined is lower than for non-vegetarians.(20)

For women, in particular, following a vegan diet can reduce the risk of breast cancer.(21) A study out of Loma University in the USA, funded by the National Cancer Institute reported that vegans have lower rates of cancer than both meat-eaters and vegetarians. Vegan women, for example, had 34 percent lower rates of female-specific cancers such as breast, cervical, and ovarian cancer. This rate was is even more significant when you take into account that it was in comparison to a group of healthy omnivores who ate less meat than the general population.(22)

So why do vegans have such a lowered cancer risk? It all has to do with a growth hormone called IGF-1(23). This hormone causes cancer cells in the body to grow more rapidly. Animal products increase IGF-1 levels in the body, while a plant based diet reduces the levels of IGF-1 enough so that the growth of cancer cells is slowed.

In a series of experiments where men and women followed a plant based diet for two weeks, blood tests using cancer cells in petri dishes showed positive results for both sexes. Women were found to have a reduction in the growth of three different types of breast cancer (24) and men had a similar result with prostate cancer cells.(25, 26)

Bottom Line: Several forms of cancer can be prevented or treated by a vegan diet.

7. A Vegan Diet Protects Against Diabetes

9. A Vegan Diet Can Treat Arthritis

14. Vegans are Happier and Less Stressed

16. A Vegan Diet Can Prevent Strokes

17. A Vegan Diet Protects Against Allergies and Asthma

A vegan diet is healthy, nutritious, and good for the body, mind and planet.

Cooking vegan food doesn’t have to be complicated or time consuming. With a few fresh ingredients and some pantry staples you will soon be on your way to discovering a new and exciting way to eat.