Entrepreneurs know that effective negotiations are critical and  are part of their everyday life- be it  with their customers, their dealers or even  bureaucrats. The concept of effective negotiation is brilliantly brought out in an old classic English Movie, Twelve Angry Men. The story revolves around one person slowly winning over other eleven jurors solely on the basis of his negotiation skills. 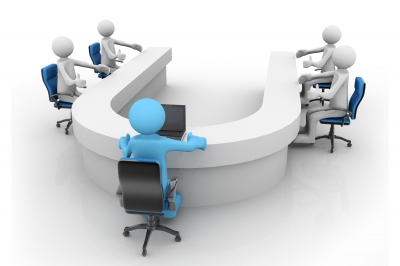 An eighteen-year-old boy has been charged with murdering his father and the proceedings are held in a New York City court. The family lives in a slum. The prosecution presents two crucial witnesses for the murder.

After the final arguments are presented, the Judge instructs the twelve-member jury to come to an unanimous decision. He further states that a guilty verdict will result in death sentence as per the provisions of New York State laws .For  either of the decisions, the jury members should reasonably  be convinced.

The court clerk ushers the 12 member jury into a private room and reminds them that their decision has to be unanimous.

The scene inside the closed room

The Jury  exchange pleasantries and introduce themselves. It is evident that the jury is going to return a verdict of ‘Guilty’ as they feel it is an open and shut case.

Only one among them feels that the evidence presented by prosecution is weak and that the boy is not guilty. His view creates commotion as the other 11 members of the jury are convinced that the boy is guilty. One of the members is impatient and vociferous as he is keen to watch a soccer game  at 7 pm.

The lone jury member (No.8) finds the going tough and he calls for a secret voting.He excludes himself from the voting.  One more votes not guilty while the other ten vote, guilty.

The proceedings are disrupted when  one of the members is wrongly accused of being sympathetic to the boy, as he was  brought up  in a slum.

One member holds a strong view that people from slums are rogues, liars and are dangerous. His bias  may is stumbling block for an unanimous decision.

An angry juror feels that his time  is being wasted by juror no. 8  and in  a fit of pique, lunges  at Juror 8 saying I will kill you.  This actually helps Juror No. 8  who points out that lot of people use the words’ I will kill you’ in a fit of anger  while , actually, not meaning it. At this point, the score is 6-6

One of the witnesses, an elderly man who claimed to have heard the boy yell "I'm going to kill you", shortly before the murder took place, could not have heard the voices as clearly as he had testified, due to an elevated train passing by at that time.

The witnesses second claim on hearing ,the  victim’s body hit the floor; he had run to the door of his apartment and seen the defendant running out of the building from his front door, in 15 seconds.  Three Jurors wonder how this could be true ,as the witness in question had had a stroke, limiting his ability to walk.  They conduct an experiment, only to find that the witness could not have made it to the door in time to see the killer running out.

The boy could not  recall the name of the movie( alibi) he was watching when the murder took place. Juror 8 asks one of the jurors to recall what he was doing the previous night and that juror struggles to recollect.  Under emotional stress any one can forget and that  is what happened to the boy. Voting 7-5

The father was 6’2” and boy is 5’7. Using a swish blade, a shorter person  could not have stabbed the victim at that particular point. One of the jurors with a demo proves this point. Vote 8-4

The second witness, a woman who wears glasses witnessed the crime  which happened across the road,  from her bed room window. Here the Juror 8 points out that nobody goes to bed with glasses and the woman would not have had time to wear glasses and then  witness the murder.

This juror, in his personal life, has trouble with his son and is bitter. Suddenly he cries out and  tares the photograph of him with his son.  He realizes his mistake and changes his vote to not guilty.

4.     Do not get carried away by majority opinion