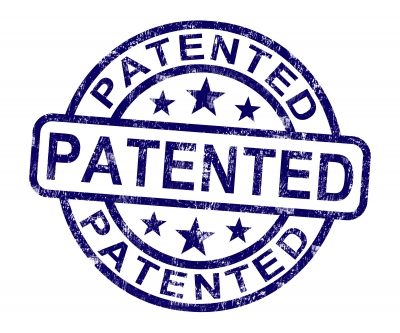 A startup from expired patents is a possibility. Idea is the basis for a business to be established. This idea is either from personal experiences or from information from external sources.

Patenting an invention or a product innovation is done to protect the intellectual capital. Generally, the inventors do not establish commercial businesses themselves, to exploit the revenue potential as they lack entrepreneurial skills. They get monetary benefit either by selling the patent rights or by getting royalties on the sale of the products.

The corporate R&Ds also file patents which is especially critical for pharma industries.

The patents have a protection for 20 years and thereafter any entrepreneur can commercially use them.

The first ‘New Act’ patents expired on October 2, 2009. ‘Old Act’ patents are still expiring based on the issued date.

The expired or abandon patents are in the public domain and are free to use.

Most patent applications do not become patents, and many patents do not survive to the end of their terms. Every day, patents are becoming dead for failure to pay maintenance fees or other deficiencies.

Image by Stuart Miles at FreeDigitalPhotos.net

Startup from Expired Patents-Process for Identifying

How to use expired or abandoned patents instead of re-inventing.

A rolling expiration date field lets anyone to identify the expiring patents.

The rolling expiration date field combined with a couple other fields called TRANCHE and EVENTCODE gives all the power one needs to analyze expiration and abandonment trends.

The point at which patent protection expires is known as the patent cliff. The effects of this are obvious in the pharmaceutical industry, when revenue for patented drugs decreases sharply as generic substitutes enter the market. A company can mitigate the effects of the patent cliff by having a plan in place before the expiration of a patent on a product that accounts for a large proportion of its revenue.

Patents become abandoned when the inventor gives up during the patent process or decides to not pay any more fees.

Lists only the patents that expired early due to failure to pay maintenance fees. While this site does not offer legal advice, it is generally understood that expired patents are public domain. Consequently, the ideas formerly protected under the patents listed on this site are free of the usual encumbrances that patents carry.

The know-how and technological details of the patents, which has already expired or lapsed validity in the country, is being opened up for the small and medium enterprises to utilise them for their business growth. India is also expected to sign a bilateral agreement with the European Patent Office (EPO) to have cooperation in various levels.

The patent office is offering the details of the expired patents through its website, free of cost.

The knowledge of the expired patent, which becomes a public property, could be used by the small and medium level enterprises to develop new products. However, they cannot re-patent it.

When it comes to patent expiration, the statistics are particularly sobering for drug companies. Having enjoyed 20 years of market exclusivity for the drugs they’ve developed, patent expiration completely turns the tide against these firms.

In fact, once a drug has lost its hallowed patent protection and lower-priced generic brands enter the market, the original developer can see sales crash by up to 90%. Hardly surprising, given that generic drugs average about 30% of the cost of the brand name.

According to GMO Answers, the cost of generating a new genetically modified crop is $136 million. Needless to say, firms like agriculture behemoth Monsanto rely on patents to protect these massive investments.

In 2015, the patent on Monsanto’s “Roundup Ready” soybean seed (RR1) will expire – and that spells trouble for Monsanto. RR1 is the world’s most widely used genetically modified seed, and has been planted on billions of acres since 1996.

Once the RR1 patent expires, Monsanto will no longer have control over the seed – which could trigger a sea change in the GMO crop industry.

While Monsanto’s seeds were patent protected, farmers couldn’t collect and re-plant the same seeds year after year without paying royalties to Monsanto.

But starting in spring 2015, farmers will be free to save and replant the RR1 seeds at will.

More importantly, the patent expiration will give other firms the opportunity to replicate the RR1 technology. This will spread the availability of GMO technology and increase competition in the market.

Bottom line: While RR1’s patent expiration could mean big things for the agriculture industry as a whole, it’s terrible news for Monsanto.

1. Expired Patents: Gaining Access to the Product Creation Genius of the Most Creative, Innovative Men and Women to Have Ever Lived - Tony Laidig "Expired Patents" takes you on an information journey that reveals strategies and methods for finding hidden gems of images and text you can use as the foundation for creating new, derivative books and products, both physical and digital!”Like many people I have always been curious about patents and inventions and how the whole process works. I knew that patents could expire but wading through the "legalese" and knowing where to look always put me off. In this book, Tony provides the basics of researching expired patents and how to find the blueprints and designs that go along with them. Tony also mentions some of the legal ways these gems can be used in creating information products or physical products that can be sold royalty free. From the review by N.Smith -source-Amazon

An entrepreneur always searches for ideas. Expired patents are in public domain and offer an opportunity to start a business. This may prevent reinventing the wheel again. It is double edged sword as  Pharma Industry suffers when their product patents are at cliff stage unless they are ready to launch another discovery.

A note of caution: Check with your lawyers before you commit resources on expired or abandoned patents.